“Pistes et Points” addresses the chaotic, even illogical, dimensions of today’s visual language, in which images and ideas often collide in the digital-analogue world. Through juxtaposing, layering, manipulation, inclusion or exclusion, contemporary images can consciously and unconsciously alter content and confuse visual information.

Through this series, Nind incorporates mixed media through superimposing patterns and excerpts from popular culture onto oil painting and photographic imagery. What appears to be the image on the surface and what lies below often exist in tension and absurd juxtaposition. The seeming abstraction and beauty of these images, whether through painted decorative pattern or colour barcodes referencing popular film, veil or mask layers below the painted surface, much in the way we ‘gloss over’ or ‘make light’ of issues or memories.

Recently named as one of Whitehot Magazine’s Critic Picks top artists of 2013, Sarah Nind attended the Ecole des Beaux-Arts, Paris in 1979. In 1994, she obtained a Master’s Degree in Fine Arts from York University in Toronto and has since completed her Doctorate at the European Graduate School in Saas-Fee Switzerland. Most recently, Nind has completed a three year residency in Beijing, China. Nind has exhibited extensively through Canada, the United States and abroad, including China, Switzerland and Israel. She has shown and been collected by the National Gallery of Canada and is in the permanent collections of the Tom Thompson Memorial Gallery, the Prague House of Photography in Czechoslovakia, and the Elvehjem Museum of Art in Wisconsin among others. As an Associate Professor at the Ontario College of Art and Design, Nind has also been named to the National Gallery of Canada’s artist advisory committee on the Canadian Museum of Contemporary Photography in Ottawa. 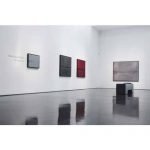 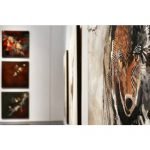 Samantha Walrod – “Distant and Familiar” – 2016Past