In this new series, Kevin Sonmor focuses on large scale, often life sized, paintings of horses. He’s looking at ways to animate the paintings without allowing the paint itself to be the vehicle of animation. By searching for it in the figures themselves and the properties of the subject, whether it be their expressions, gestures, movements or weight, these qualities are asking to be even more conscious of some formal elements of the paintings. Musing on the effort required to construct and maintain a myth, contemporary or otherwise, Sonmor faces competing vested interests and the rapid flow towards cultural homogeneity. His earnest subjects seem intent on living up to their appointed status and expected image.

Born in Lacombe, Alberta, Kevin Sonmor completed his MFA at Concordia University in Montreal in 1991. Since then, he has exhibited widely across Canada, the US, and more recently, Europe. Sonmor has exhibitioned in several public galleries and museums, including Glenbow Museum, University of Waterloo, Mendel Gallery, Art Gallery of Mississauga, and Sherbrooke Museum of Fine Arts. In the fall of 2014, Sonmor had a solo exhibition at the Art Gallery of Grande Prairie in Alberta. Sonmor is a recipient of numerous Quebec Council Grants and his work can be found in many private and public collections including the University of Waterloo, Art Gallery of Algoma and Government of Canada. 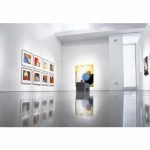 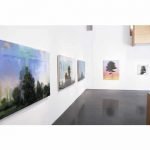