Newzones is pleased to announce a solo exhibition of new work by Joshua Jensen-Nagle.

Joshua Jensen-Nagle moved to Canada a decade ago and has never felt as much national pride as he does now. Coming from New Jersey, he appreciates his American roots but feels like he has discovered something ‘special’ up here. “New Canadiana” is a cultivation of Jensen-Nagle’s life and experience migrating and living north or the border. After exploring the country from the east coast to the west, Jensen-Nagle is completely comfortable calling himself a Canadian.

“New Canadiana” is the artists’ personal view on Canada. It’s not about promoting maple leafs or hockey sticks, but a contemporary view – one that is ushered in by a new era of immigrants. The work is not quintessential Canadian culture but is merely the perspective of an artist who has crossed the imaginary line and loves being on the other side.

Originally from New Jersey, Joshua Jensen-Nagle moved to Toronto to pursue his artistic education at Ryerson Polytechnic Institute in 1999. Since graduating in 2003, Jensen-Nagle has experimented with image formats, production techniques and materials. Jensen-Nagle has, in the past, used toy cameras, pinhole cameras, and expired Polaroid film. His work has been collected world wide and has exhibited in both Canada and the USA. 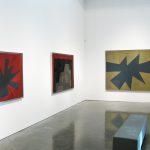 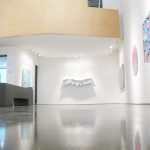