Newzones is pleased to announce a solo exhibition of new paintings by Anda Kubis entitled Particles and Light.

As part of the New Abstraction movement in Canada, Kubis continues her play with colour, space and illusion. In Particles and Light, the paint application has become more painterly and improvisational than previous bodies of work. Kubis continues to capture a screen-like illumination from within the picture but now the light clusters and refracts across the surface of the canvas.
The paintings in ‘Particles and Light’ make allusions to microscopic vision and visual models used in science. Kubis is interested in the invented pictures that are used to illustrate and demonstrate complex concepts in scientific theory. This new body of work expands upon Impressionist concerns but where the Impressionists interpreted their landscape as a means of embracing the impact of the camera, Kubis is inspired by the abstract realm of digitally generated images. Artificial colour is combined with natural, neutral tones to create shifting, slippery spaces where the viewer feels they are on the verge of making something out. In Particles and Light Kubis attempts to make paintings that sneak up on you, that invite you to linger longer in solving the mystery before your eyes.

As one of Canada’s notable mid-career painters, Anda Kubis’ new exhibition is one not to be missed. Born in 1962, Toronto, Ontario, Anda Kubis received her Bachelors of Fine Arts from Nova Scotia College of Art and Design in 1987 and her Master’s of Fine Arts from York University in 1992. Her paintings have been widely exhibited across Canada in numerous solo and group exhibitions. Much has been written about Kubis’ work including a 2004 review in Canadian Art Magazine. Anda Kubis is currently an associate professor at the Ontario College of Art and Design. 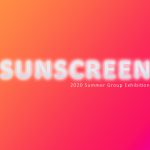 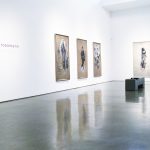