If you are a follower of pinhole photography, chances are that you are aware of photographer Dianne Bos. Not only has Bos received national and international acclaim for her innovative work, she is also one of the featured artists in Eric Renner’s seminal textbook: Pinhole Photography: Rediscovering An Historic Technique.

This February, during Exposure 2008: Calgary’s month long photography festival, Newzones is pleased to present a selection from 8 years of Bos’s most recognized photographs. Souvenir de Voyage will include photos from Bos’s many travels abroad and in Canada as well as from her home in the Pyrenees, France. Also included in the exhibition will be brand new, unseen work from 2007.

Of her work Bos states: “My work challenges the view of photography as a way to ‘capture an instant in time.’ Viewers have said that my pinholes evokes the memory-image that remains for them long after they have viewed a familiar location. I think this recognizes the importance I have always assigned to time, memory, and capturing the essence of the place, in my images of architectural icons and classic travelers destinations.”

Souvenir de Voyage will run from February 2 – March 1, 2008 and is part of the Exposure 2008 Photography Festival.

Bos has received her B.F.A. from Mount Allison University in Sackville, New Brunswick and currently divides her time between the foothills of the Rockies and the Pyrenees, France.

Recently, Bos’s work has been included in important international exhibitions in Aleppo, Syria and Siena, Italy as well as a solo exhibitions at the Kamloops Art Gallery and the University of Waterloo Art Gallery. Her work was included in the 2005 Alberta Biennial of Contempary Art and currently is touring nationally in two exhibitions, ‘Time and Space’, from the University of Lethbridge Art Gallery and ‘Dark Matter: The Great War and Fading Memory’, from the Confederation Centre for the Arts, Charlottetown, PEI. 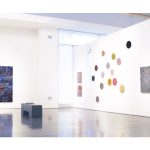 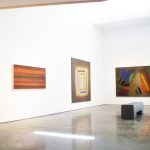