Newzones is pleased to announce a solo exhibition of new paintings by Kevin Sonmor.

Sonmor’s iconic work pushes the boundaries between the historical conventions of landscape painting  and the contemporary aesthetic of the abstracted landscape.  An inspired student of Flemish painting, his visions are dark and atmospheric yet filled with familiar still life objects.  These objects float through Sonmor’s rich, painterly landscapes, creating powerfully intriguing works that hover between contemporary and historic painting traditions.  Sonmor’s paintings capture the feeling of Northern European still-lifes and Vanitas studies, rendering images in hues and shades of feeling while still carrying a distinctive contemporary edge.

Mark Daniel Cohen, a New York City-based artist/writer wrote about Sonmor’s paintings:  “…Sonmor paints with the certain craft of a master, with the sure touch of a virtuoso, not for the sake of the pride in technique but for something more imperative: for the efficacy of the art, for the sake of what art is for — the penetration through to a truth of our essential nature that we realize but cannot hold for more than the briefest moment.”

Born in Lacombe, Alberta in 1959, Sonmor received his Masters of Fine Arts from Concordia University, Montreal.  His paintings have been widely exhibited across Canada and United States in both solo and group exhibitions.  In 2002, Mendel Art Gallery organized a traveling exhibition of Sonmor’s work titled The Landscape Perilous: Kevin Sonmor Paintings 1998-2002.   Sonmor is a recipient of numerous Canada Council Grants and his work may be found in many private and public collections including the University of Waterloo, Art Gallery of Algoma and Government of Canada. 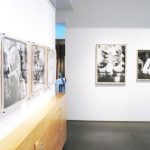 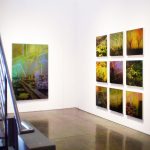