“In the language of forestry and forest ecology, the ‘understory’ is the name given to the life that exists between the forest floor and the tree canopy; the fungi, mosses, lichens, bushes, and saplings that thrive and compete in this mid-zone. Metaphorically, though, the ‘understory’ is also the sum of the entangled, ever-growing narratives, histories, ideas, and words that interweave to give a wood or forest its diverse life in culture.”

Forests are divided into layers, such as the forest floor, the understory, the canopy and the emergent layer. The understory plays a vital role in creating a balanced ecosystem within the woodland tapestry. This significant, luscious and multiplex area filled with life may also be perceived as an intricate interlay of points of view, concepts, and vistas.

These notions, similar to the musical counterpoint, are at the core of these carved works where different layers reveal a narrative imaginative realm. The imagery links the macro to the micro in an oscillating reality that can be interpreted in extensive ways such as aerial perspectives, topography, passageways, rhythmic patterns, or details of an ever-expanding world. This interrelationship between abstraction and representation sparks the work to be emblematic of a place that wishes to maintain a balance between the individual and the universal.

Rays of light pierces through the canopy to reach the understory and reveal an active life that lies in a fascinating array of colours. Green, blue, lilac and pink tinted veneers are among the palette found in this new series of carved custom-made plywood, used in a painterly manner. The paper-thin wood veneers are carved, routered, sanded and chiselled to create sfumato effects and pictorial transitions. The surfaces evoke the finesse of a watercolour in dialogue with the marks of the tools. The approach used for these works is closer to the language of painting and is a reminiscence of the artist’s origin as a painter. Even so, the materiality of the wood is still very present and felt.

Whether it’s digging deeper into the understory or a sheet of plywood, both reveal a need to regain a balance with the natural world.

Born in Longueuil in 1973, Yechel Gagnon holds a Master of Fine Arts Degree (Studio Arts) from Concordia University and an AOCAD with Honours in Drawing and Painting from the Ontario College of Art and Design. Her works are exhibited in galleries, artist-run centres and museums across Canada, the United States, France and China. Her public artworks and exhibitions have attracted frequent reviews by noted critics and curators. Commissions of public artworks have been awarded to her by Bishop’s University, Licorne Theatre, Jean-de-Brebeuf College and the University of Montreal, among others. She is recipient of numerous grants from the Canada Council for the Arts, the Conseil des Arts et des Lettres du Québec and the Conseil des arts de Longueuil. Gagnon’s works are represented in public, corporate and private collections. Collections include the National Art Museum of China (Beijing), 4 World Trade Center (New York),  Art Gallery of Nova Scotia (Halifax), City of Montreal, Osler Hoskin & Harcourt Collection (Toronto), Gotlands Konsmuseum (Sweden), Nordstrom (Canada & US) and the headquarters of the Cozen O’Connor Law Firm (Philadelphia). 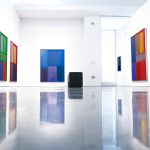 Jonathan Forrest | “Playing in the Field of Form” 2022Upcoming 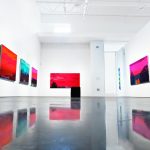